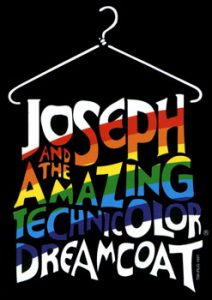 Joseph and the Amazing Technicolor Dreamcoat

The biblical story of Joseph and his coat of many colors comes alive in the musical retelling. Joseph — the favorite son of Jacob — is blessed with vivid dreams that foretell the future. Sold into slavery by his jealous brothers, Joseph endures a series of adventures which challenge him to his core in this Andrew Lloyd Webber favorite.

The Roles of Narrator and Joseph will be played by adults and have been cast.
Audition Details for Actors Age 8 to 17. 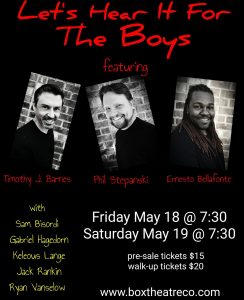 Let’s Hear It For the Boys

Check out a cabaret show featuring the talented men of the Box Theatre Co. Featuring adult performers Timothy J. Barnes, Phil Stepanski, and Ernest Bell, along with youth performers Sam Biscordi, Gabriel Hagedorn, Keleous Lange, Jack Rankin, and Ryan Vanselow. This show only plays for two days, so make sure you get your tickets, because they arebound to sell out fast! 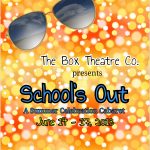 School’s Out: A Summer Celebration Cabaret

Celebrate the end of the school year and the beginning of summer with the talented performers at The Box Theatre Co! Get ready for sun and fun with a cabaret show celebrating those fabulous summer months. 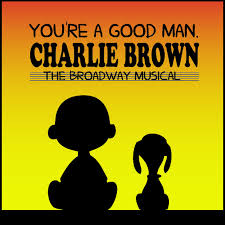 Charles Schulz’s beloved comic comes to life in Clark Gesner’s classic musical, You’re a Good Man, Charlie Brown. The whole gang is here: bossy Lucy is hopelessly in love with piano prodigy Schroeder who doesn’t give her the time of day, perfectionist Sally is still mocking blanket-toting Linus, Snoopy is in the doghouse, and “blockhead,” himself, Charlie Brown, is in rare form.

Auditions for Actors Age 8 to 17 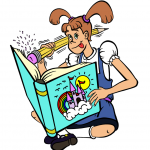 Oct 11-21, 2018
You think you know the story of Snow White, Rumpelstiltskin, and The Frog Prince, but you’re wrong. Molly (along with her madcap theatre troupe) is out to set the record straight. Follow the adventures of a claustrophobic Cinderella, a noble steed who dreams of passing the bar exam, a cat named Kevin, and more in this fun and (mostly) truthful homage to the Brothers Grimm.

November 30-December 16, 2018
The well known Disney classic, based on the novel by J.M. Barrie. Peter Pan, Wendy, Michael, John, and even Captain Hook get the junior treatment and showcases the camaraderie and coming of age story with our talented youth performers. 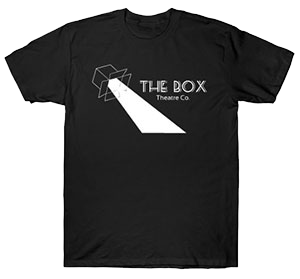